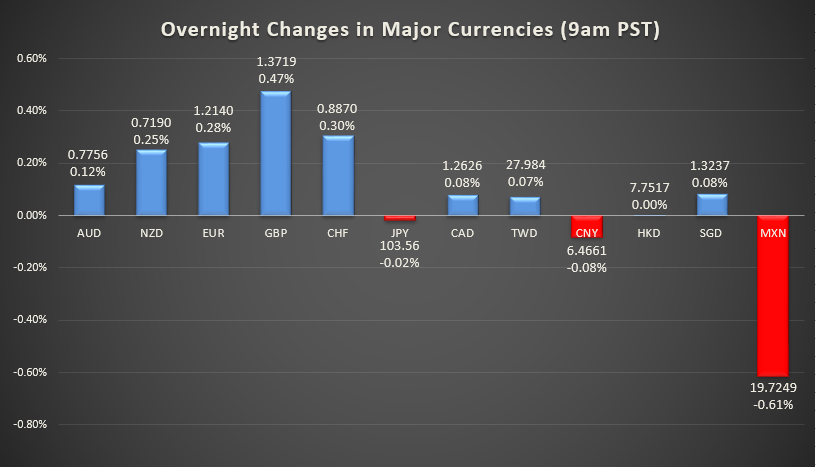 United States (US): Jobless Claims Pull Back More Than Expected

After reporting a much bigger than expected increase in first-time claims for U.S. unemployment benefits in the previous week, the Labor Department released a report on Thursday showing initial jobless claims pulled back in the week ended January 16th. The report said initial jobless claims fell to 900,000, a decrease from the previous week. Even with the downward revision, the number of claims in the previous week represented the most since reaching 1.011 million in the week ended August 22nd. Meanwhile, the Labor Department said the less volatile four-week moving average rose to 848,000, an increase from the previous week. Fiscal stimulus prospects, along with broader vaccine diffusion, are pointing to a brightening labor market outlook but with the pandemic still raging, claims are poised to remain elevated in the near-term. The report also said continuing claims, a reading on the number of people receiving ongoing unemployment assistance, slid to 5.054 million in the week ended January 9th. The four-week moving average of continuing claims dropped to 5,126,250, a decrease from the previous week's revised average of 5,193,250. 01/21/2021 - 06:29AM (RTTNews)

As expected, ECB maintained its refi rate at 0% and the deposit rate at -0.50%. Following the announcement, EUR edged up against its major opponents. ECB left its key interest rates and asset purchases unchanged on Thursday, in line with expectations, and reaffirmed its willingness to adjust the policy tools when needed. The Governing Council retained its forward guidance on interest rates, saying it expects the key ECB interest rates to remain at their present or lower levels until it has seen the inflation outlook robustly converge to a level sufficiently close to, but below, 2%. ECB retained the size of the pandemic emergency purchase program at EUR 1,850 billion. In December, the PEPP envelope was boosted by EUR 500 billion and the horizon for net purchases under the scheme was extended to at least the end of March 2022. The bank reiterated that the asset purchases would continue until at policymakers feel that the coronavirus, or Covid-19, crisis phase is over. The forward guidance on the PEPP asset purchases was left intact. The monthly EUR 20 billion worth of asset purchases would continue. ECB said, the Governing Council continues to stand ready to adjust all of its instruments, as appropriate, to ensure that inflation moves towards its aim in a sustained manner, in line with its commitment to symmetry. 01/21/2021 - 07:40AM (RTTNews)

GBP firmed against its major counterparts, as the nation's CPI improved in December, driven by rising transport costs and clothing and recreation prices. Data from the Office for National Statistics showed that inflation accelerated to 0.6% from 0.3% in November. MoM CPI advanced 0.3%, reversing a 0.1% drop in November and faster than the expected rate of 0.2%. In economic news, separate report from the ONS showed that UK output prices dropped for the tenth consecutive month in December. However, the pace of decrease was the slowest since March 2020. Output prices fell 0.4% annually, following a 0.6% drop logged a month ago. On a monthly basis, output price inflation held steady at 0.3%. At the same time, input price inflation turned positive for the first time since August 2019. Input prices rose 0.2% from last year, reversing a 0.3% fall in November. On month, input prices moved up 0.8%, faster than the 0.4% increase in November and the expected 0.7%. 01/20/2021 - 06:05PM (RTTNews)