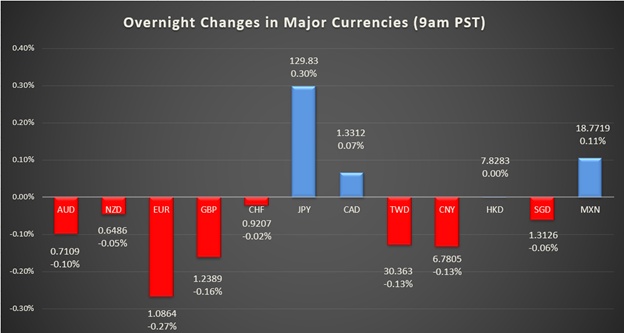 Data released by the University of Michigan showed that consumer sentiment in the U.S. improved slightly more than initially estimated in January. The report showed that the consumer sentiment index for January was upwardly revised to 64.9 from the preliminary reading of 64.6. Economists had expected the index to be unrevised. With the upward revision, the consumer sentiment index is well above the December reading of 59.7 and at its highest level since hitting 65.2 in April 2022. The headline index increased as the current economic conditions index surged to 68.4 in January from 59.4 in December, while the index of consumer expectations rose to 62.7 from 59.9. The report also showed a continued decrease in one-year inflation expectations, which tumbled to 3.9% in January from 4.4% in December, falling for the fourth straight month. 01/27/2023 - 10:53:00 (RTTNews)

According to a report released by the Commerce Department, personal income in the U.S. increased in line with economist estimates in December, according to a report released by the Commerce Department. The report said personal income increased by 0.2% in December after a downwardly revised 0.3% in November. Economists had expected personal spending to edge up by 0.2% compared to the 0.4% increase originally reported for the previous month. Meanwhile, the Commerce Department said personal spending dipped by 0.2% in December after slipping by 0.1% in November. The modest decrease matched economist estimates. The report also showed that the annual growth rate in core consumer prices, excluding food and energy prices, slowed to 4.4% in December from 4.7% in November. 01/27/2023 - 08:37:00 (RTTNews)

As regards the dynamics of credit, loans to euro area residents climbed 3.8% and that for the general government gained 2.8%. However, this comes when a fragile eurozone economy risks sliding into recession. How well the single currency block will swallow a markedly high rate remains to be seen. ING expects a 50-basis points rate hike in the next week's European Central Bank policy session. Following the December move to slow the pace of rate hikes to 50 basis points from 75 basis points, and the ECB's communication that rates will be raised in a steady manner, markets had priced in two more half basis point hikes, one each in February and March before the bank hits a pause.