Back in 1962, when we first opened our doors in Los Angeles Chinatown, we wanted to provide the Chinese American community with access to the U.S. banking system in a way they never had. We’re the oldest operating bank in the U.S. founded by Chinese Americans.

As we witnessed our community grow, we as a bank grew alongside them. In 1985, we expanded internationally by establishing our footprint with a representative office in Hong Kong, which was later converted to a branch. That growth overseas continued as we opened representative offices in Beijing, Shanghai, and Taipei.

Through the years, our U.S. presence has grown tremendously. After opening the first New York branch in 1999, we continued to expand by establishing over 60 branches across nine states.

But growth, as a company, is more than just brick-and-mortar. It’s a reflection of our performance and our ability to earn the public’s trust. That’s why after we went public in 1990 (Nasdaq: CATY), it was only a matter of time when we became one of the 100 largest financial companies listed on the Nasdaq based on market capitalization in 2000.

Today, we continue to be recognized as a top performing bank. Since 2016, we have been named by Forbes as one of the top 20 “Best Banks in America.”

While our headquarters is in Los Angeles, we serve our communities in the nine states with an open door. And we remain committed to a promise: We enrich your journey with hard work and heart.

One bank, many facets 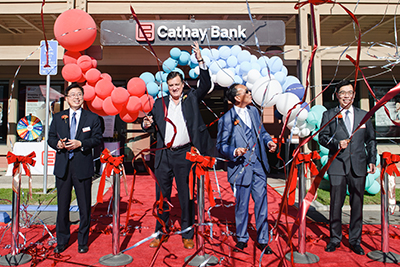 We have branch locations in nine states, a branch in Hong Kong, and three representative offices in Beijing, Shanghai and Taipei.
Learn about our presence 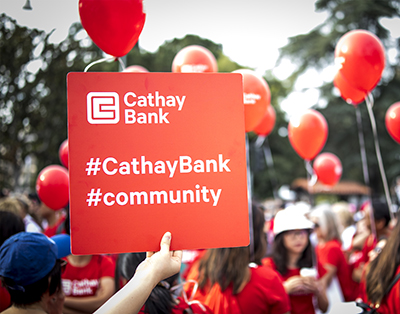 We care about the communities we serve. When we support causes that help them thrive, we invoke the spirit that inspired our founders so many years ago.
Learn about our community efforts 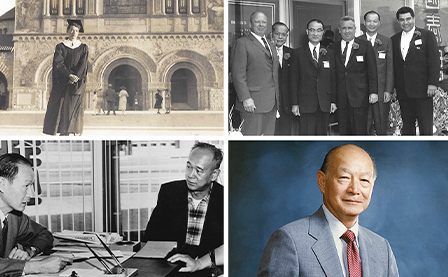 Ching, a Chinese American, was refused a home loan and decided to help the Chinese community overcome challenges in securing loans and starting businesses.
Keep reading 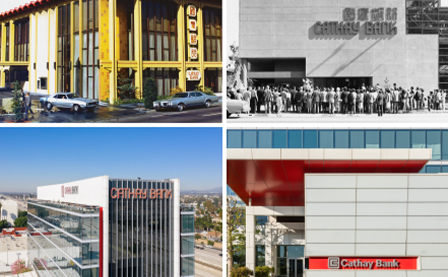 Evolution of Our Architecture

Cathay Bank’s branches reflect our heritage and our community connections. Here’s the history behind the buildings.
Keep reading